Denmark‘s Viktor Axelsen will again be the sole European contestant on finals day at the All England final after he crushed the dream of Malaysia’s new star Lee Zii Jia.  Meanwhile, Thailand’s Dechapol Puavaranukroh and Sapsiree Taerattanachai will attempt to steal the first very trophy for Thailand in the event’s 110–year history. 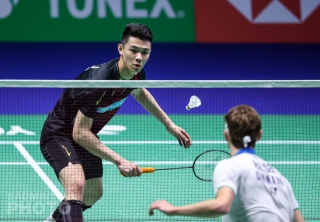 Viktor Axelsen (pictured top) made sure to respect his world ranking despite constant pressure coming from the rising star from Malaysia Lee Zii Jia in their semi-final battle.

The tall Dane was seriously threatened from the very beginning, with the Malaysian challenger grabbing the first game 21-17.  However, the former World Champion clearly refused to surrender and immediately demonstrated his experience.

“My goal was to remain focused,” commented Viktor Axelsen after closing off the match 21-19 in the decider.  “I have seen him played many times.  He keeps on playing better.  I’m just happy that I was able to stay calm and focussed even though I was lucky at the end as it could have gone either way.” 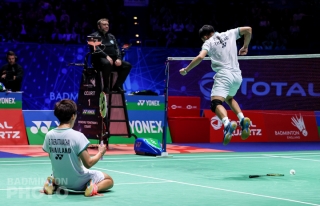 Seeded seventh at the All England, Viktor will land in his second final in a row, this time against world #2 Chou Tien Chien.  Chou was granted a pass towards the final after his opponent Anders Antonsen was forced to retire due to an ankle injury that occurred in the first game of their semi-final.

History in the making? 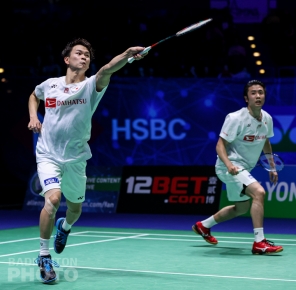 Despite several attempts from their illustrious colleague Ratchanok Intanon, no Thai player has ever managed to lay claim to the All England trophy in its 110 years of existence.

The duo will now be given this chance against Praveen Jordan and Melati Daeva Oktavianti (pictured bottom), who cut off the last English chances, beating Lauren Smith and Marcus Ellis in an equally impressive match.

Hiroyuki Endo and Yuta Watanabe (pictured right) prevented a recurrence of the 2016 final.  They splendidly defeated the Russian pair Ivanov and Sozonov, in straight games.  The Japanese pair is stepping into the final with a huge psychological advantage against their Sunday opponents.  Indeed, current world #1 Kevin Sanjaya Sukamuljo and Marcus Fernaldi Gideon will be facing their greatest nemesis, as they have come up short in their last five confrontations with the reigning Asian Champions. 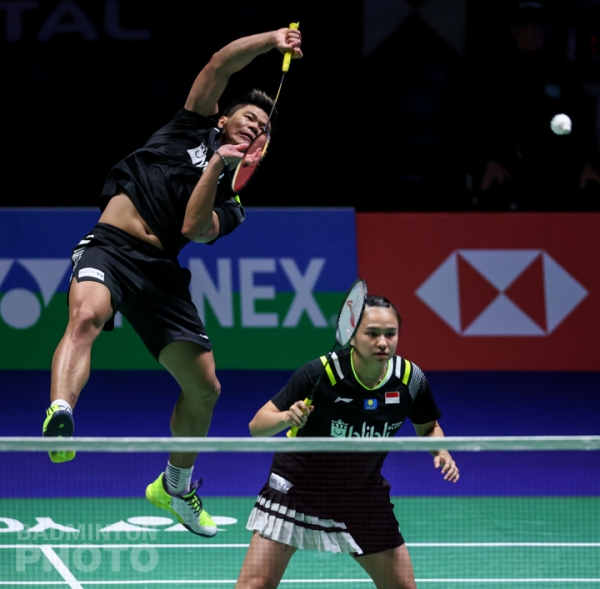